The National Biodiversity Network was privileged to have Peter Doherty (Programme Manager for the Atlas of Living Australia) in the UK for a week in November 2014. Peter came to be guest speaker at the NBN conference, to attend NBN Gateway workshops and to speak at seminars across England and Scotland. The reverberations from his visit are still being felt as he inspired the UK audience to think differently about how data is stored and disseminated.

The Atlas of Living Australia is a world leader in biodiversity information infrastructure. Close to A$50 million worth of investment has delivered a platform that has transformed how biological data is stored and visualised. That platform is built on open source code with multiple implementations delivering a range of products and services in Australia. One service is the Monitoring, Evaluation, Reporting and Improvement Tool (MERIT) that allows recipients of government grants to record and upload data about the progress of their projects. This is an advanced version of the UK Biodiversity Action Reporting System.

All the data within the Atlas is publicly accessible via an open interface (API). This allows third parties to leverage the platform to build their own applications. A good example of which is Questabird, an outdoor adventure game where players compete by photographing birds in the wild and so document Australia’s biodiversity. This was developed by a separate company and is now providing data back to the Atlas.

The Atlas of Living Australia infrastructure has been used recently to create a biodiversity portal in Spain and other implementations have resulted in demonstration atlases (see for example New Zealand’s Living Aotearoa).

Peter’s visit, workshops and seminars has led to collaborative work now investigating the business case for a UK implementation of the Australian atlas system. Watch this space. 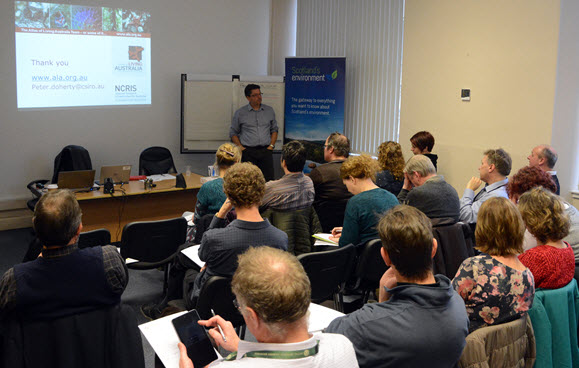 Sponsorship for Peter Doherty’s visit to the UK was provided by Centre for Ecology & Hydrology, SE Web, Scottish Natural Heritage and the NBN Trust.

The future of UK heritage survey

The National Lottery Heritage Fund is inviting people to have a say on how it supports the UK’s heritage by completing a short survey. Whether…

The Heritage Fund is partnering with Groundwork UK to deliver paid, nature-based work placements for young people in natural heritage – diversifying the sector and…

Global demand for environmental monitoring technologies and data systems is expected to increase, due to an increasing awareness of the implications of environmental pollution and…