Thank you to those of you who completed the NBN Conference feedback questionnaire.

Your comments are very helpful in assessing the format of the annual conference and in helping us to plan subsequent events.  The responses (given by just under a third of attendees) are shown below. 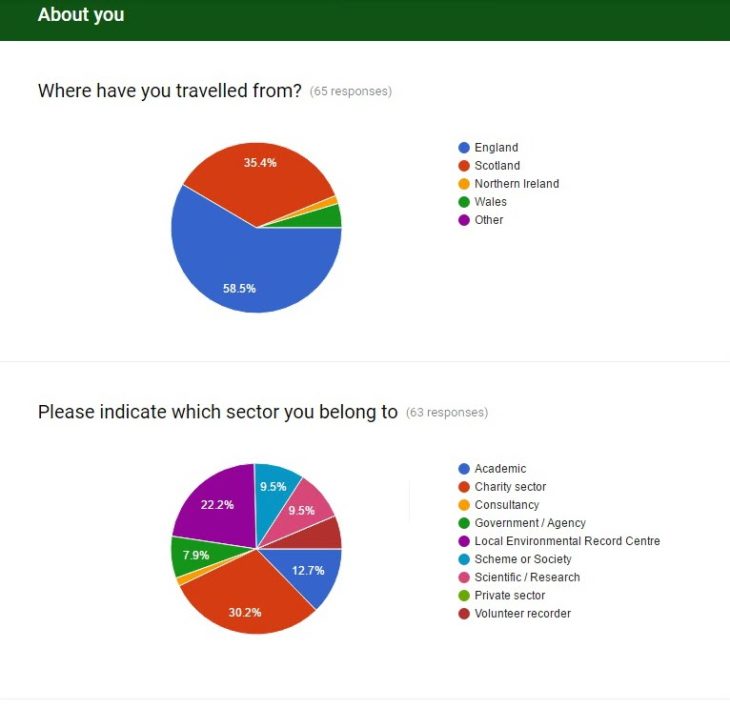 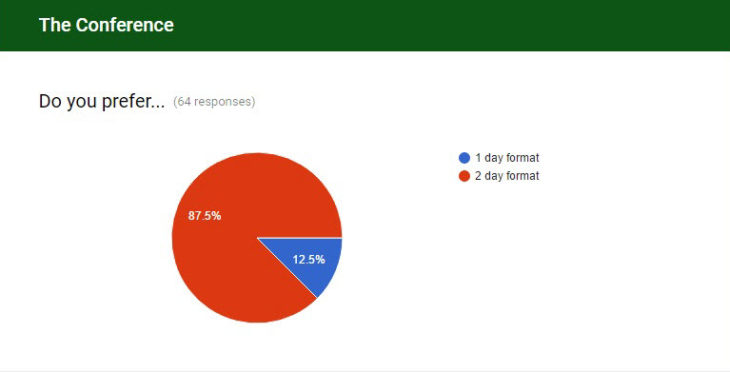 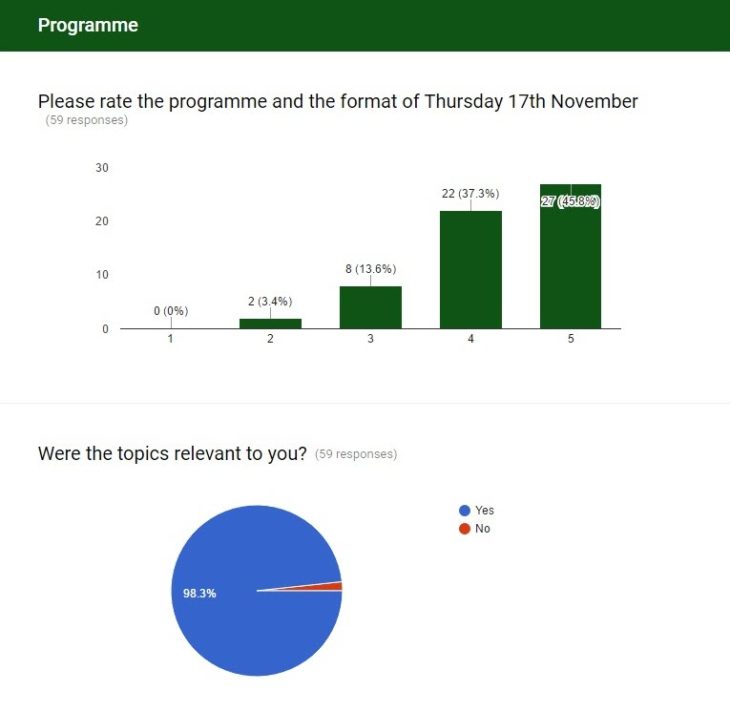 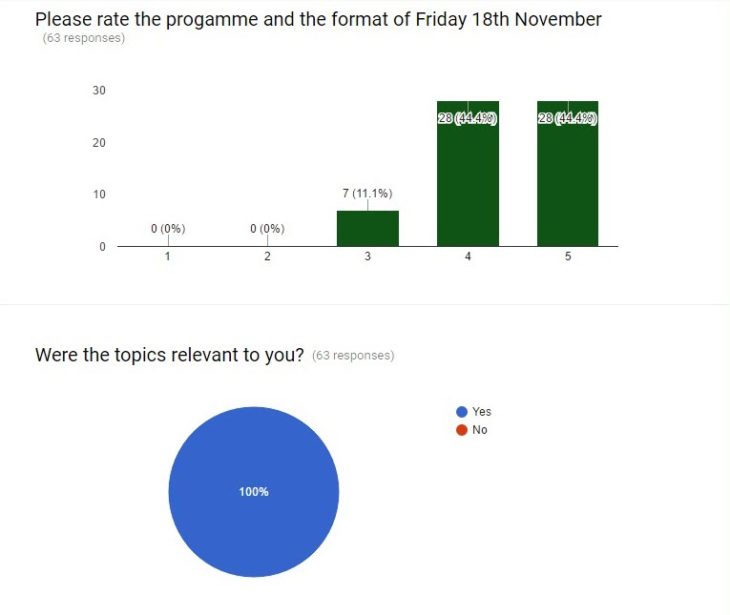 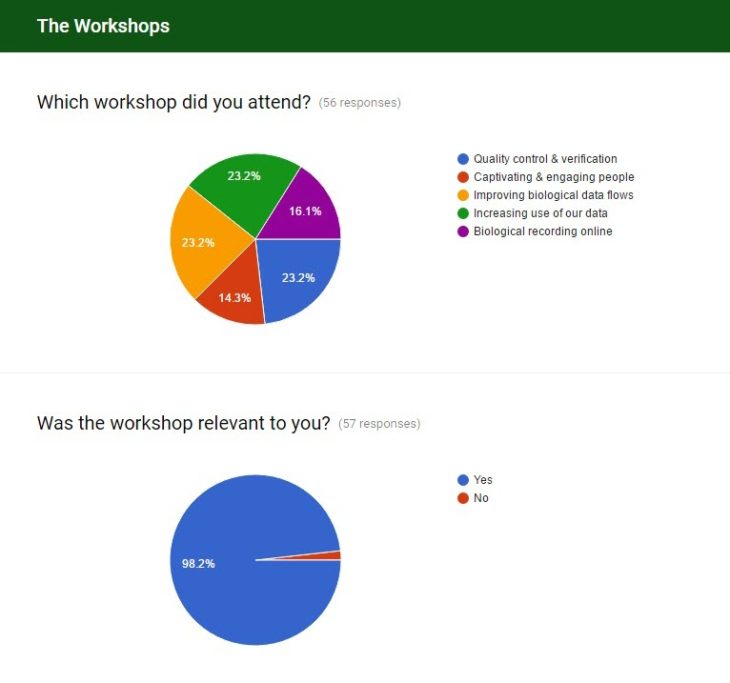 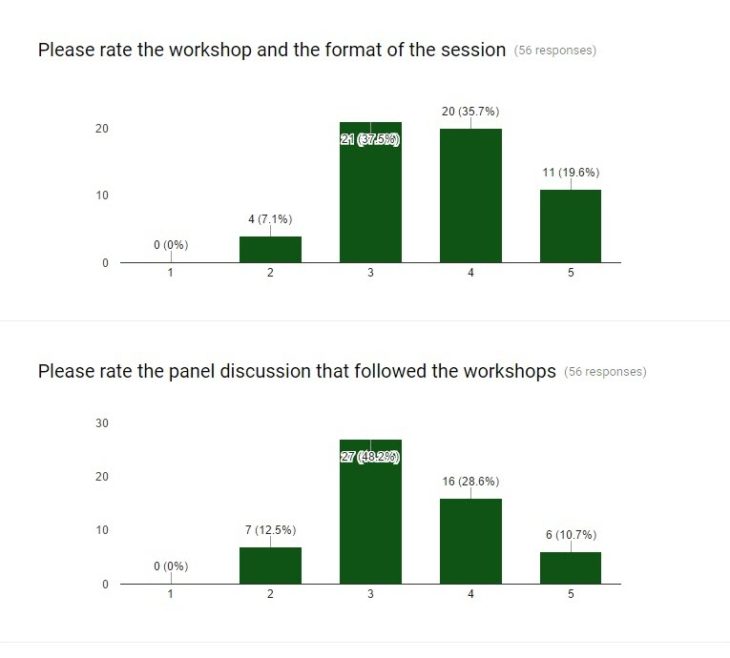 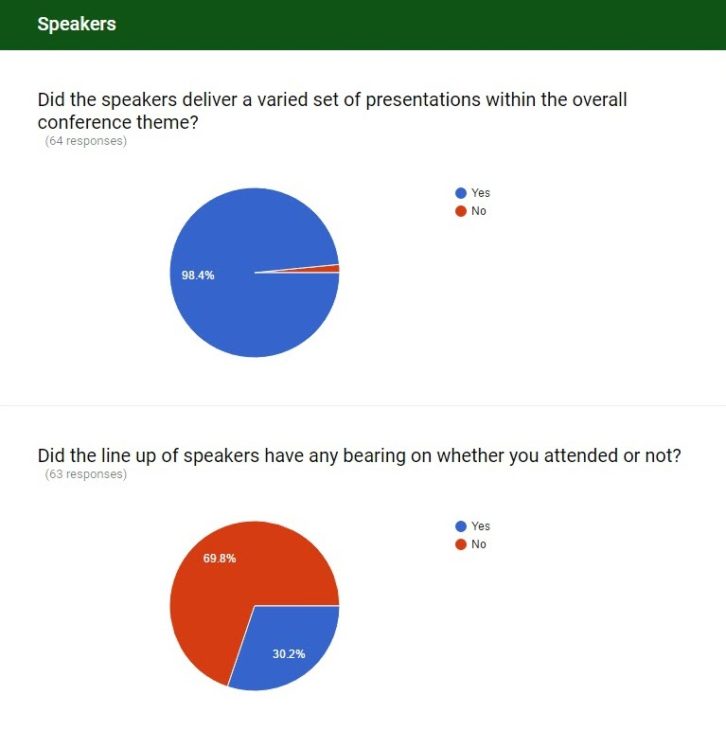 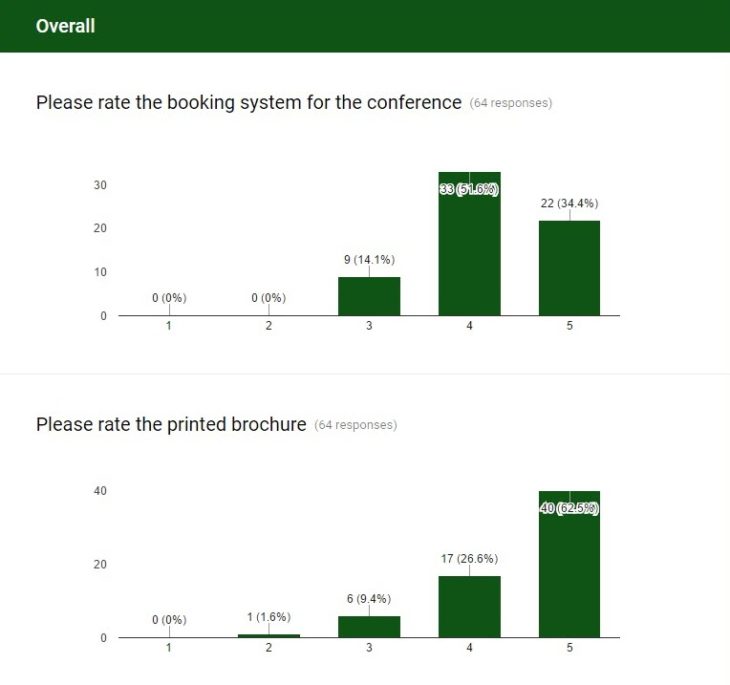 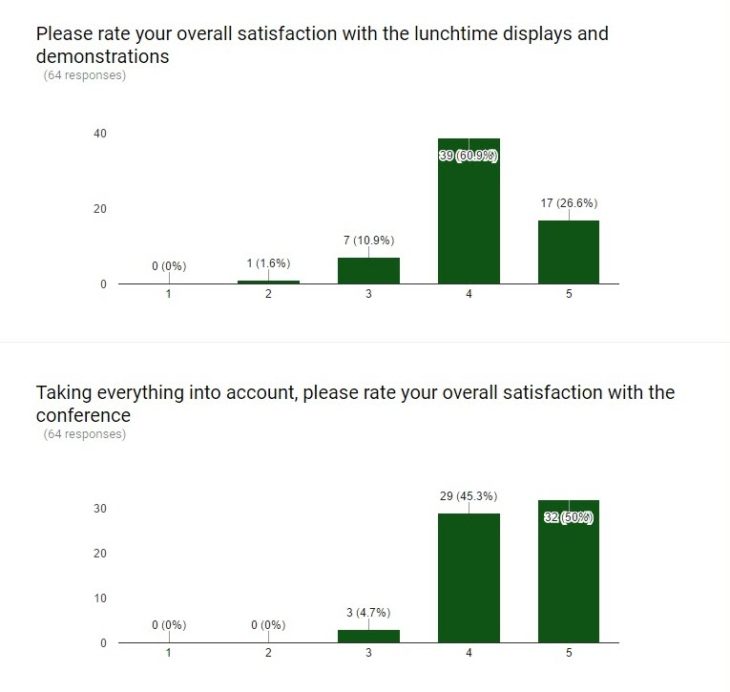 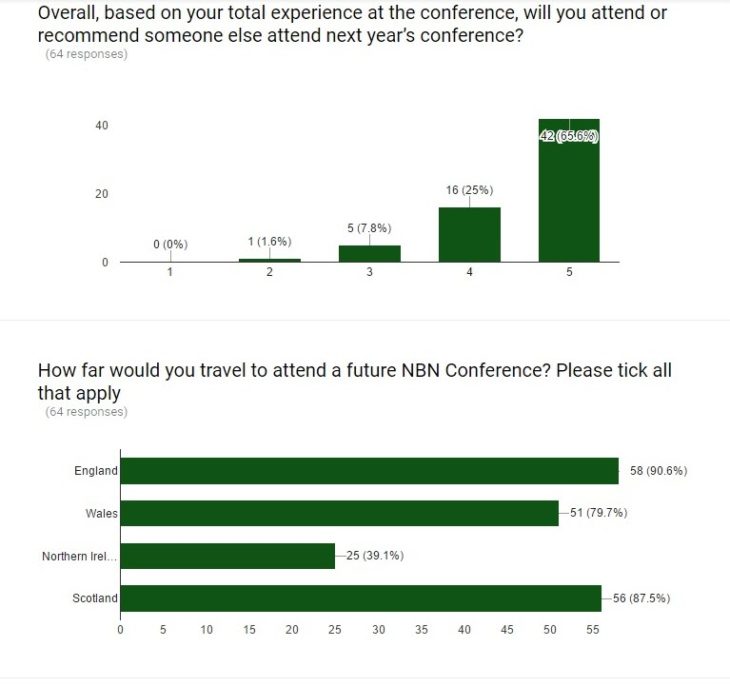 In addition to the prompted questions we asked for specific comments from delegates.

Here is a cross-section of comments received by topic in relation to the NBN Conference.

Two days works well; Timings and length of talks is about right; Good to have some speed talks and longer talks; Allow even more time for Q&A

Some people thought the workshops worked well, others didn’t; they could have been longer

How would you like to see the workshop outputs summarised?