Since its initial release in 2014 the FSC TomBio plugin for QGIS has provided a convenient access to NBN distribution maps and records from within this powerful open-source GIS platform.

The tool has been downloaded from the official QGIS repository over 15,000 times since then and is popular amongst ecologists and biological recorders all over the world, but particularly here in the UK.

To many people the NBN Atlas, like the NBN Gateway before it, is represented by its flagship website – the main public interface to the data and services provided by the NBN. But I’ve always been more interested in the APIs. A high quality API can really make a data repository like the NBN a truly interoperable and powerful asset, for example by allowing people to embed NBN maps in their website or integrate NBN data in their applications (often in ways that could not have been foreseen by the API providers).

To me, the NBN Gateway Web Services API was the jewel in NBN’s crown; an excellent collection of integrated tools that hung together really well. So it was with some trepidation that I approached the task of migrating the TomBio NBN Tool (the part of the plugin that interfaced with the NBN) to the new TomBio NBN Atlas Tool. It wasn’t without its challenges, but I am pleased with the initial results. I did not find the new NBN Atlas web services as intuitive to work with as I did the Gateway web services, but I am struck by their richness – a greater depth of access and flexibility which this initial migration of the TomBio NBN Atlas Tool has only just started to exploit.

You can find out more about the NBN Atlas tool for QGIS on the TomBio website and watch a video for creating WMS distribution maps using the tool in our NBN Atlas help pages. 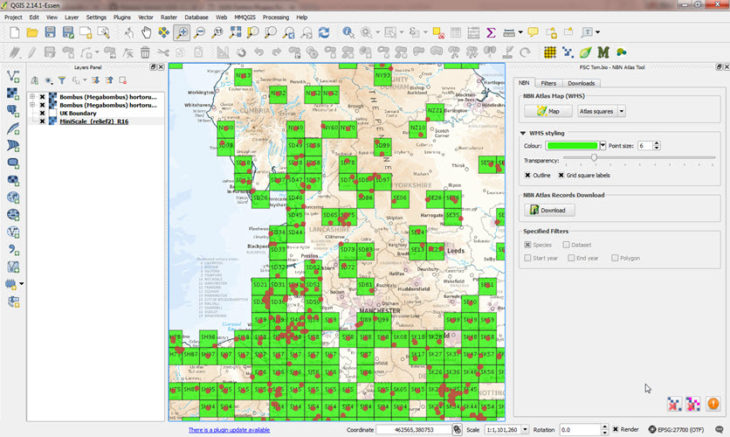 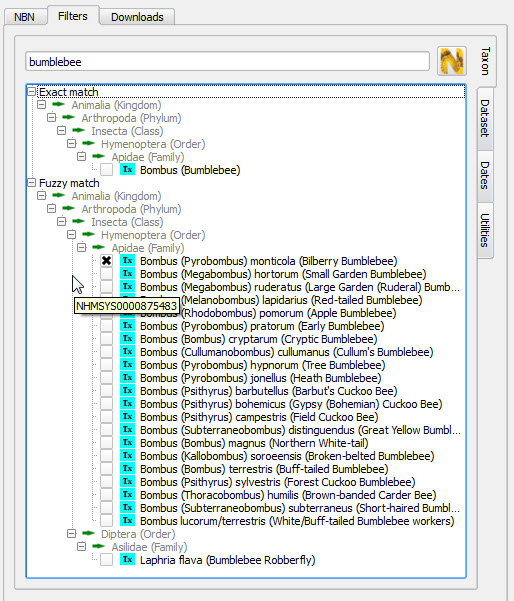 Emily Seccombe, an MSc student at the University of Oxford’s School of Geography and the Environment, is studying the perceived accuracy of the Great Crested…

3D app brings UK bumblebees to life on your phone

Bumblebee Conservation Trust has launched a wildlife app that gives users a new view of bumblebees through an augmented reality 3D function. The free ‘What’s…

In an effort to better understand the uses and ultimately the societal value of public ocean data, the Marine Environmental Data and Information Network (MEDIN)…