Commercial use – how to filter records by licence type

If you are using data for commercial purposes (one primarily intended for or directed towards commercial advantage or monetary compensation), you must not use any which have a CC-BY-NC licence attributed to them without prior agreement of the data provider.  There is a fixed penalty charge for anyone found breaching licence conditions.

Feedback from data providers shows us that some users have found it difficult to exclude CC-BY-NC records from their downloads and instead, have been downloading all records and then removing the CC-BY-NC records in Excel or within their own GIS application.

The filter by licence type function can be used by commercial users to quickly specify that only records without a CC-BY-NC licence attributed to them are returned.

It is straightforward to exclude CC-BY-NC records by using the filter function.

From the species records page, click ‘choose more’ under the Attribution section. 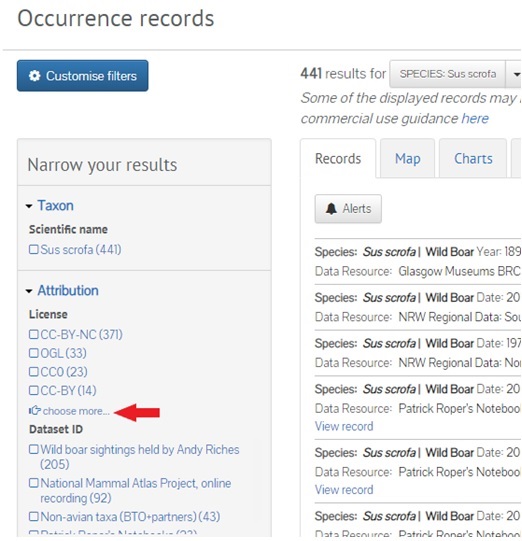 Select which licence type you would like to be included in or excluded from your search. 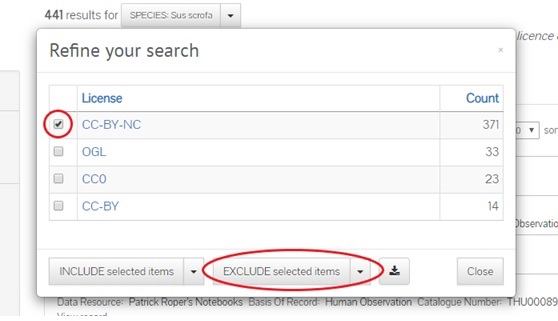 Now, only records without a CC-BY-NC licence will be returned.

The large BTO + partners dataset has now been updated to include records up to the end of 2019. The single, very large, dataset has…