The beginning of the year seems an appropriate time to give an update on the progress of the initial phase of the NBN Atlas and provide broad timescales for some aspects of the work.

The purpose of this initial development stage (which we aim to have completed by the 31st March 2017) is to have a functioning biological data infrastructure that matches, but does not necessarily replicate, the functionality of the NBN Gateway. However, this is just the first step in building a new infrastructure to meet the wants and needs of the whole Network.

Once we have the core functionality in place, further development of the NBN Atlas will be progressed with greater involvement of our partners and stakeholders. One of the advantages of the Atlas platform is that it can be continually developed and refined allowing the infrastructure to grow and evolve as the needs of the Network change. There will be plenty of opportunities over the coming months (and years!) for your input into the discussions and decisions on further functionality and customisation of the main NBN Atlas, as well as the country portals. More details on future stakeholder workshops and engagement will be publicised in due course.

The next few months will be an extremely busy time for the NBN Secretariat, in order to ensure that we have everything in place for the launch of the initial phase of the NBN Atlas at the end of March. Below is an outline of the main aspects of NBN Atlas related work we will be undertaking each month.

The back-end of the NBN Atlas infrastructure is currently in development and is expected to be ready for user testing by the end of January. We will be setting up a user testing group, if you are interested in being involved, please email us at support@nbn.org.uk

In order for testing to be successful, it is important that we have enough data on the NBN Atlas to really see how it works. So, thank you to those who have returned their Data Partner Agreements already and if you haven’t yet done so, we would really appreciate it if you could return them as soon as possible. Read the previous article on the importance of completing the Data Partner Agreements.

It is important to reiterate that the NBN Atlas which launches at the end of March will only provide functionality to the same level as the NBN Gateway. Much of the additional functionality the NBN Atlas infrastructure is capable of will be developed and implemented later.

We look forward to continuing to work with you over the coming months, if you have any questions please do not hesitate to contact the NBN Secretariat at support@nbn.org.uk. 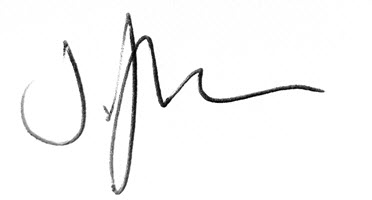 Update on NBN Gateway and NBN Atlas with key dates

At the NBN Conference 2016 it was announced that the NBN Gateway will permanently close on 31st March 2017; the NBN Atlas will supersede the…