Ministry of Justice and its Biodiverse Estate 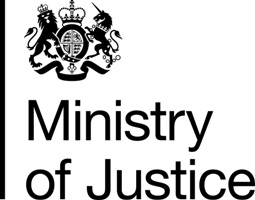 The Ministry of Justice(MoJ) estate is probably not the first organisation that people think of, when they consider biodiversity and wildlife. It is, however, one of the largest built and non-built estates in Government. The Ministry of Justice realises the importance that its estate plays in Landscape conservation and the protection of species; as a consequence this large estate is managed through the MoJ Sustainable Development Team(SDT). Its strategy for biodiversity is directed by MoJ’s Ecology Manager and Principal ecologist, Dr Phil Thomas, who leads the Ecology Team within the SDT. The MoJ estate is compiled of just over 27 Executive Agencies, one of the largest of these being the National Offender Management Service(NOMS);one of the first Government Departments to implement a Biodiversity Action Plan. The NOMS estate has just over 10 national important SSSIs on its estate; with 3 of these being European protected sites (SACs,SPAs and Ramsar sites);along with 32 local sites with SSSIs; and over 60+ sites with local biodiversity significance, which include SINCs and LNRs.

The MoJ Ecology Team manages these important sites with a small team of Area Ecology Coordinators and some keen staff who specialise in; Woodlands & Trees, Ponds & Wetlands, Habitats & Species including a national BAP coordinator, who is now liaising with the National Biodiversity Network(NBN)  to download data from its habitat and species registers.

The MoJ Ecology Team also runs various ecology courses, including a certificated biodiversity awareness course for its staff; and to date has trained over 200 staff across their wider MoJ estate in such modules as: Wildlife Law, habitat creation, countryside interpretation and species diversity. The MoJ were one of the forerunners Government dept.'s for implementing the NERC Act 2006 Section 40 “Biodiversity Duty” as part of its strategy and policy for biodiversity.
Since reviewing and implementing a new national overarching strategy for biodiversity across its estate in 2011, MoJ has made great strides in creating social and community partnerships, one of the main reasons for joining the NBN. Some of these partnerships range from working with over 14 County Wildlife Trusts, implementing Memorandums of Understanding with organisations such as the Bumblebee Conservation Trust(BBCT) the Woodland Trust and Peoples Trust for Endangered Species (PTES) etc.

Phil Thomas, the MoJ’s Ecology Manager, signed a Memorandum of Understanding with Bumblebee Conservation Trust (BBCT) on the 3rd March 2014; and signing on behalf of BBCT was their Conservation Manager, Gill Perkins.
Phil said: “The MoU with BBCT not only brings together an important partnership in leading to protect our declining native bumblebees, but will actively promote projects that support MoJ’s national policy for pollinators and community engagement”.

BBCT are very keen to see the following projects blossom across the whole of the MoJ estate;
?Bees for Everyone–habitat creation.
?Bee Walk and Bee Walkers training.
?Supporting the reintroduction of the extinct Short haired bumblebee.

Gill Perkins, who attended Climate Week and the Biodiversity Day at Petty France, MoJ HQ,is enthusiastic about this partnership and MoU; and wholeheartedly supports MoJ in seeing both staff and offenders working alongside local communities and BBCT to promote and protect these characterful and sociable invertebrates, which are in a worrying decline.

One of the MoJ’s most successful community and social projects has been the National Offender Management Service(NOMS)Wildlife Award. Sponsored and supported by national faith animal protection societies; and now in its sixth year, with over 30 applications for 2013 alone. Applications vary from Community Payback projects, working with local parish councils on local nature reserves, to open prisons working with RSPB on creating reedbeds. Not only has this award been a great incentive to staff and offenders alike, but it has encouraged the creation of many habitat and species enhancement projects across England and Wales.

The MoJ continues to protect over 29 priority UK BAP species, as well as over 15 broad habitats, from upland heathlands to wet woodlands to saltmarsh and tidal river. The MoJ Ecology Team also manages a national bat roost register, a great crested newt register; and this year alone is carrying out 12 different national species surveys, including stag beetle, water vole, butterflies and reptile surveys etc., all of which will be carried out by its biodiversity network, many of which are volunteers, although at times working alongside external ecological consultancies, all of which it hopes will feed into the NBN.

The MoJ is not only committed to protecting native flora and fauna, but managing its estate responsibly and sensitively; and working in collaboration with like minded partnerships such as NBN to develop meaningful and long lasting futures for biological diversity. 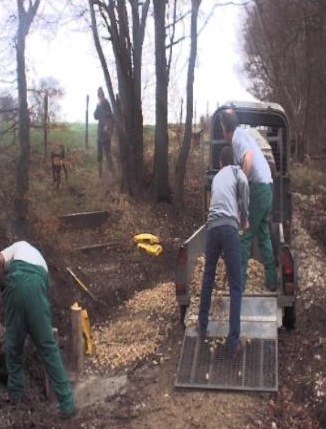 Photos: Top left: Just one of hundreds of ponds across the MoJ estate,which is managed for wildlife;Top right: community offenders on a woodland walk project. Bottom left: Phil Thomas with one of the many Barn owl boxes monitored across the MoJ estate as part of the BOCN; Bottom right: an example of one of the hundreds of dormouse boxes made in prison industries for PTES and the Dormouse project. 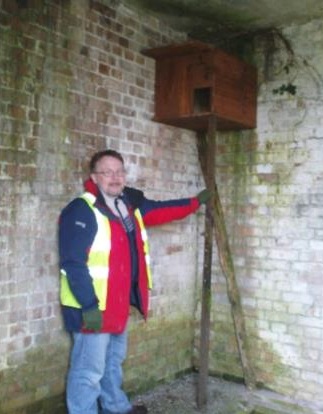 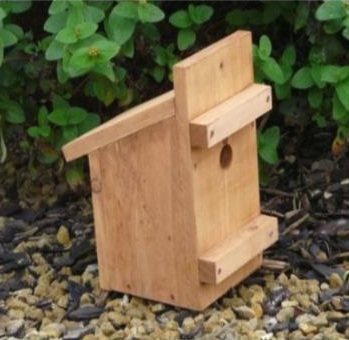 Call for information from educational institutions

The NBN Trust would like to request information from educational institutions that use the NBN Atlas as an educational resource.  In the last year we have seen…

British Ecological Society (BES) actively encourages its members to promote ecological science to a wide audience and offers grants of up to £2,000. Objectives BES…