This is the end. February has, by dint of it being our last month at the NHM, been tinged with a measure of melancholy. But we’ve not lain about in an existential funk. We’ve been as busy as ever, sucking out all the marrow of the traineeship (it’s not unpleasant, it’s Thoreau).

During this month we took up placements with the Learning Volunteer and Science Educator teams. This large chunk of Phase Four of the traineeship built upon skills developed during the Education and Training Award (EAT) course we completed in November 2017, and expanded our earlier experiences gained during engagement events, such as Tring BiolBlitz back in June 2017. The placements were varied and provided a thorough overview of the work conducted by these teams. Whilst based with the Learning Volunteer team we saw the benefits provided by the volunteers as they engaged museum visitors. In addition, we designed and delivered enrichment sessions for the Learning Volunteers. These sessions enabled us to enthuse about our favoured groups of organisms and put in practice the goal of passing on the skills we’ve gained at the museum, as well as championing the Angela Marmont Centre (AMC) as a space for all who are interested in UK biodiversity. Our time with the Science Educators opened our eyes to the fantastic work the museum does in providing excellent educational experiences and sessions for schools, families, and other members of the public. Working during the Family Festival over the February half-term allowed us to engage with a vast number of visitors to the museum, helping to build our confidence in so doing and, hopefully, enriching their time at the museum. 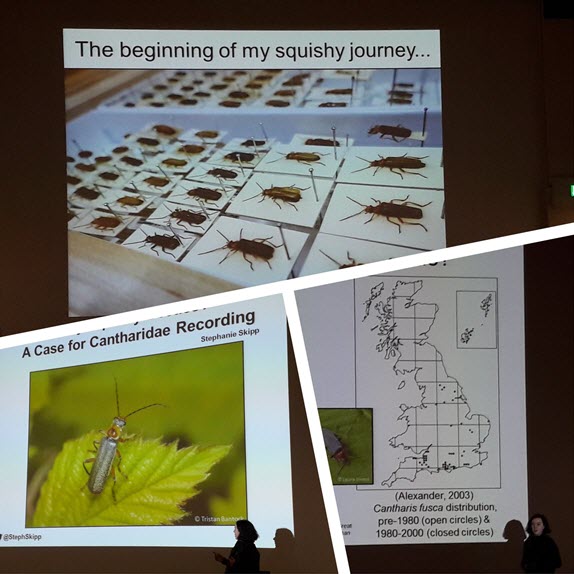 February has also seen ID Trainers represent the programme at various events. April delivered the closing talk at the British Ecological Society’s Undergraduate Careers Conference. Steph spread the word about the joys of ‘squishy beetles’ as she spoke about the UK Solider Beetles recording scheme she co-runs. And Matt took specimens from AMC’s reference and teaching collection up to Preston Montford Field Studies Council centre for a Dipterist’s Forum workshop.

Additionally, all of us trainees have been putting in the hours and making progress on our Final Projects. Laura’s working on family level key to Mayflies, Steph will be delivering a workshop on the identification of Cantharidae, April’s putting together a beginners guide to lichen identification, and Matt’s writing up his expedition to the Gower during which he led some undergraduate students in a hunt for Sciomyzidae and other Diptera. I’m making a short documentary film focussing on Atlantic oceanic woodlands and some of their frequently overlooked flora. The UK punches well above its weight in terms of bryophytes (mosses, liverworts, and hornworts), and the Atlantic woodland habitats (these temperate rainforests) are the apogee. I’ll also be presenting a Nature Live show at the museum on this topic at 15.00 on Friday 13 April. If anyone is free please do come along; if you’re not free, cancel your previous engagement and come along anyway.

Now, in our final week, we pause to acknowledge on our incalculable luck in having been given the opportunity to undertake this traineeship and reflect on the hard work we’ve put in over the past year. The range of training we’ve received from experts has been broad and inspirational. We would like to extend our thanks to everyone who has helped and supported us during our time at the museum. Further, we offer profuse gratitude to the partners in the traineeship (the National Biodiversity Network and the Field Studies Council) and, of course, to the funders at Heritage Lottery Fund’s Skills for the Future programme. 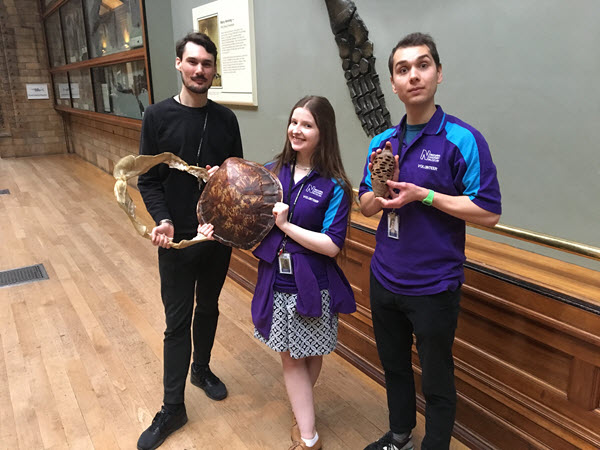 Written by Alex Mills – ID Trainer for the Future