So there we have it, the second chapter of our traineeship has come to a close, and what an amazing month August has been.

If the excitement of the grand opening of Hintze Hall, meeting our fellow trainees from years 1 & 2 and our Field Studies Council (FSC) placements wasn’t enough, we have had plenty of workshops in between to keep us occupied.

The beginning of August was kick-started with an unforgettable trip up to Walthamstow Marshes, delivered by the one and only Fred Rumsey. This year the Flowering Plant Workshop was split into two parts and after undertaking the first session back in June, we were all very excited for another opportunity to go back out on site with Fred. The marshes proved an incredibly rich area and with Fred’s keen eye and attention to detail, there wasn’t a plant left unseen. During this trip, we were hoping to stumble across the creeping marshwort (Apium repens), a species previously recorded on this site with the only other localities found in Oxford. We came across a potential candidate, but unfortunately the absence of the bracts confirmed this species as the more common and widespread Fool’s-water-cress (Apium nodiflorum).

Our plant workshop was followed by a day delving into the weird and wonderful world of spiders, with a day course delivered by Jan Beccaloni. I think I speak on behalf of all the trainees when I say our arachnological knowledge prior to the workshop was very sparse. It was great to listen to Jan speak about this group, highlighting the sheer diversity that can be found across the UK and some of the more common species we can expect to see. Rest assured, the fallacies and folklore surrounding spiders have been suitably settled, and this is a group we will be certain to keep our eye out for in the future.

In between workshops, we have spent much of our time re-curating the Conchological Society’s shell collection, and what a beautiful collection this turned out to be. The Conc. Soc. (for short) is a society dedicated to the study and appreciation of molluscs in Great Britain and Ireland. Luckily for us, their specimens are housed at the Angela Marmont Centre (AMC), where their use is encouraged as a reference collection for self-study and research. We were absolutely stunned by the beauty across the collection (Nucella lapillus and Littorina obtusata proved particularly popular amongst the group) displaying a plethora of colours and patterns across the spirals of their shells.

After a week of re-packaging, labelling and data-basing the collection, the time had come for the Lepidoptera workshop, delivered by Geoff Martin, David Lees and Alessandro Giusti. We left the hustle and bustle of city life and made our way down to Gilbert White’s House in the picturesque setting of Selbourne. After setting up camp and constructing a series of moth traps around the site, there was enough time for a swift pint and some food at the local, ensuring that we were sufficiently fuelled for the night ahead. Identifying the specimens occurred throughout the night and into the following morning, with a quick nap and a spot of bat watching in between.

After two days of fieldwork with a severe lack of sleep (welcome to the world of moths and bats), we spent the remaining two days of the course going through the Lepidoptera collection back at the Museum. The workshop was incredibly inspiring and we were completely amazed by the sheer diversity of the group. The specimens were complemented by the colour and flamboyancy of Geoff’s shirt collection, and the running commentary from the curators provided an informative and entertaining overview of the moths and butterflies you can expect to see in the UK.

With spirits still high from the workshop, we were all really excited for the ID Trainers ‘rendezvous’. Steph West, our project manager, organised a day for all 15 trainees from across the three years of the project to meet up. The morning commenced with a tour around the new exhibits in Hintze Hall, followed by a trip with nets in hand to Ickenham Marshes, then reaching our final destination – the pub! It was really great to meet the previous trainees and it is great to see how positively the traineeship has contributed to both their personal and professional development. 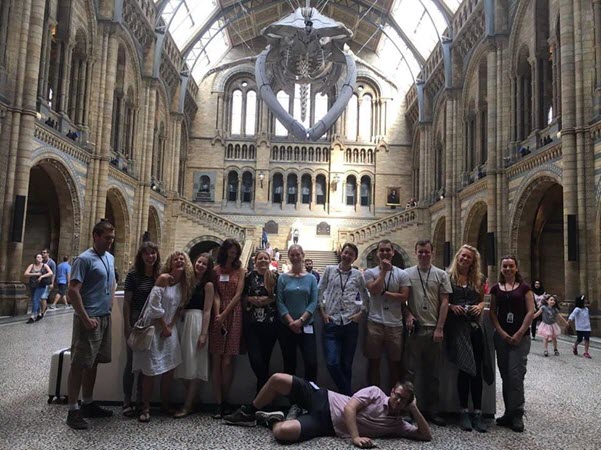 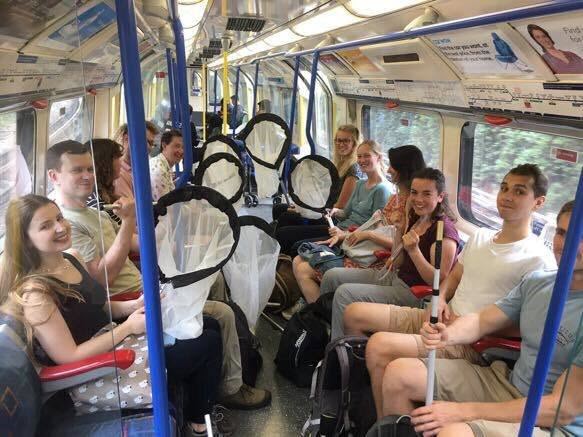 As Phase 2 drew to a close, we managed to squeeze in one final workshop in before the end of August. Duncan Sivell from the Diptera team delivered a one day course gaining insight into myriapods and isopods (millipedes, centipedes and woodlice). After an introduction to the groups, we rummaged around the wildlife garden and brought the specimens back for ID in the lab. It was really great to see the range of adaptations under the microscope which contribute to the success and widespread distributions of these groups. 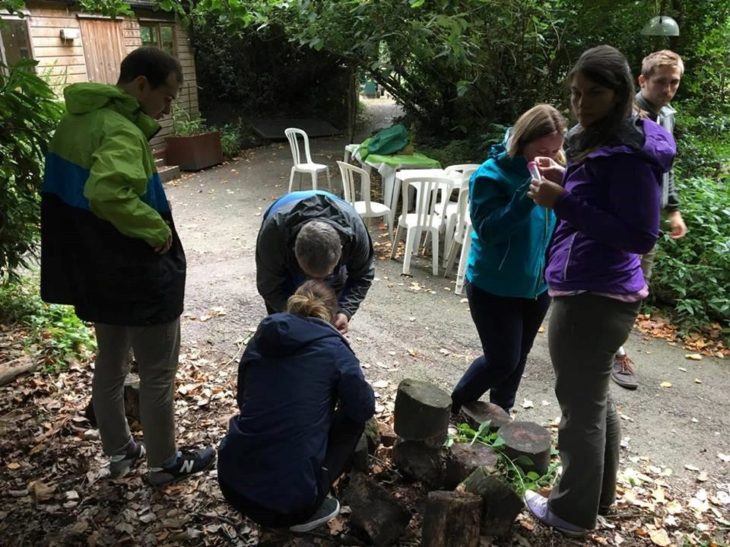 So there we have it – August review complete. After an inspiring and unforgettable month together, it is time for us to radiate out and go our separate ways, embarking on a journey to the various corners of the Museum for our curatorial placements. Expect further updates surrounding beetles, mayflies, plants, flies and lichens. Watch this space.

Written by April Windle – ID Trainer for the Future