Our trainees have been extremely busy over the last month, with a few changes going on within the group too so I thought I would jump in with the update post this time.

Since Matt’s first post, the biggest news is that Laura Sivess has joined the team after the sad decision from Billy to leave the group. Laura started with us at the beginning of April and is already an integral member of the team, even if her slightly unusual first day saw her thrown straight into the Fieldwork First Aid course.

This week the trainees started the first of their identification workshops, with the first session being delivered by the Museums lichen curator, Holger Thües. 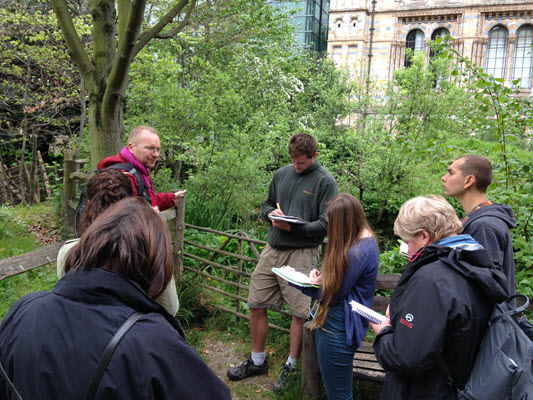 They were last seen by me heading off to Bookham Common for their field trip which I am certain will have been a fascinating day. The rest of their Phase 1 sessions have themselves been very varied, with workshops being delivered in everything from team working & time management to specimen handling techniques & Integrated Pest Management. In between all of this training, there have also been more site visits, including to the Kew Fungarium which is a new addition for this year and a fascinating insight into the wonderful collections and scientific work being done at Kew.  We also of course took the opportunity to have a good look through some of the glasshouses while we were there. 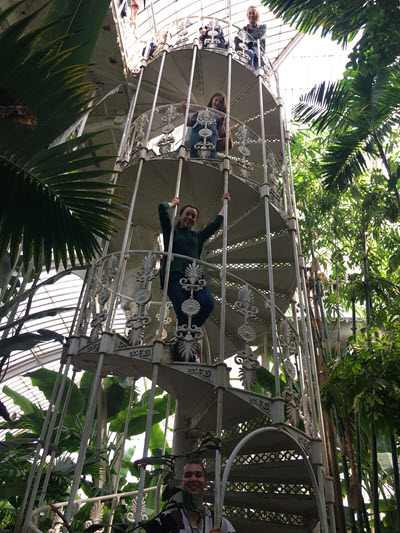 They have also been helping out in the AMC, assisting our Identification and Advisory Service and developing ideas for some of our upcoming events this year. Some of these are coming up quite soon, including the NHM’s activities for Fascination of Plants Day (May 19th), an NHM Lates session on the 26th May on British Wildlife and a stand which we will be hosting at Gilbert Whites House & Museum Nature Day on the 27th May. If you are planning on coming along to any of those, do come and say hello.

Of course, I can hardly ignore that we have also been filming with a TV production company. This has been running for a few months now on and off so Niki and Krisz from cohort 2 also came along to help with a little bit of continuity through the trainees. We should be able to say soon what this has been for, hopefully we’ll be able to provide more details in our next update. Overall though it has been a fascinating (if slightly nerve-wracking!) experience for all of us, and a brilliant opportunity for the trainees to see a bit of how natural history documentaries are made. 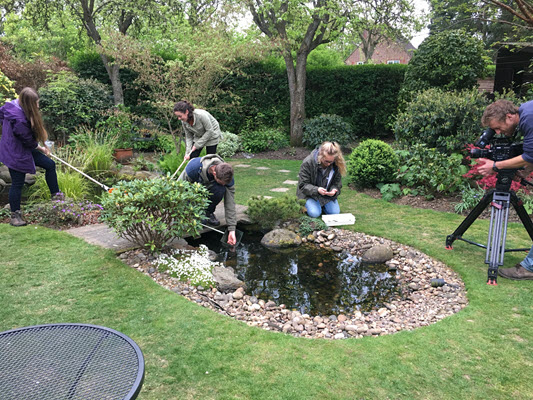 Next up for the trainees however is a delve into the world of mosses, liverworts & ferns with Fred Rumsey, followed by Freshwater Invertebrates with Steve Brooks and Ben Price so they have a very full few weeks coming up. I will be handing back to the trainees to update you on how that has gone in our next post.