Hello! I’m Matt and I’m one of the new trainees for the Identification Trainers for the Future project at the Natural History Museum.

The project is in its final year with our team including myself, Alex, April and Steph. We started on 6 March and will soon be joined by Laura who has taken over from Billy, who sadly had to leave (but taught us plenty about moths!). With a range of backgrounds and interests it’s been great to share knowledge so we know the basics before starting the workshops during summer. Since beginning the project just a month ago we’ve had a whirlwind of a time with every day full of excitement and interest.

This first week was all about introducing us to the history of biological recording, of the Museum and of natural sciences in general. Starting off we were whisked to the special collections to marvel at books, specimens and artwork, some of which were being prepared for a range of fascinating new exhibits. The highlight of the week was visiting The Linnean Society of London where we were fortunate enough to be shown around the vault housing Linneaus’ very own book and specimen collections. Here they housed the original copy of Species Plantarium with herbarium presses to match, dated 1753. This book is, arguably, one of the most important scientific documents of all time as, along with others such as Systema Naturae, the binomial naming system was first put into practice (a privilege to have a look through it!). The book collection also contained other gems such as a first edition copy of John Ray’s Catalogue of Cambridge plants, the first county flora which defined Ray as the father of botany. Looking through some of Linneaus’ original specimens was a great treat seeing his showy beetles and butterflies (and oddly pressed fish!), however the main highlight for me was the flies, with the Conopids still in full colour centuries later. The other exciting thing the society holds is Maria Merian’s Metamorphosis Insectorium which shows the transformations of a wide range of insects, an impeccable example of nature history art. The same afternoon we had a tour around the Chelsea Physic Garden, which was established as the Apothecaries Garden in 1673, the oldest botanic garden in London. It was a fascinating place hearing of all the scientific advancements made when making use of the chemicals within plants and also how the garden has contributed culturally over time. 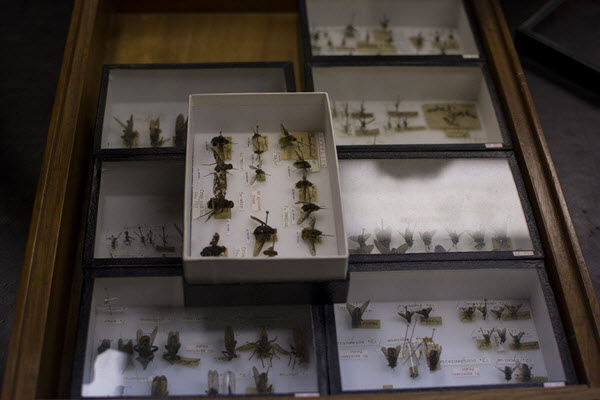 We kicked off the second week with Fred Rumsey taking us on a tour of the British & Irish Herbarium, as well as the Historic Herbarium. As we were still at the stage of being shown all the fascinating things in the museum, we delved into one of Adam Buddle’s (whom the genus Buddleja is named after) collections, containing pressed plants with beetles, butterflies and all sorts mixed in. Afterwards, to get us in the mood for the year ahead, we were taken on a tour around the wildlife garden (nets in hand) and although the size is somewhat small, it really packs a punch regarding the diversity of habitats.

Mid-week we were treated to a day out, a visit to Tring branch of the Museum where we were shown all sorts of goodies as well as having a traditional trainee photo with the polar bear! It was great to have a walk around the grounds where we will be running a Bioblitz event on June 10th (which you should all come to!). With a range of habitats around the Museum it will be great to have a rummage around to find everything that crawls, flies and grows out of the ground. 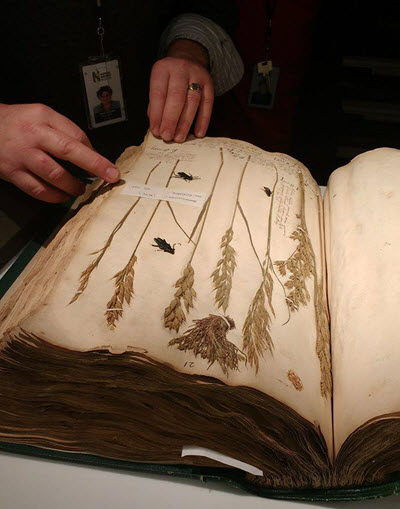 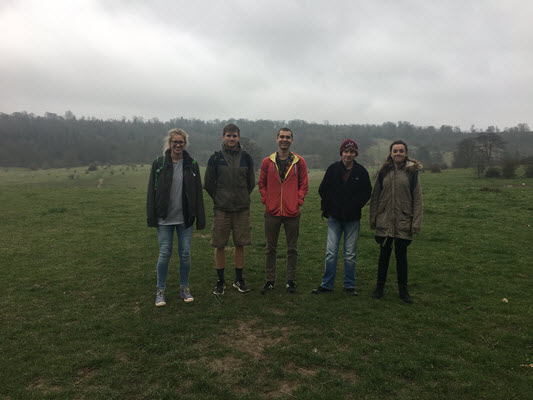 Towards the end of the week, Chris Raper gave us a crash course in specimen handling: giving us the know how so we can rummage through the synoptic collections, to our hearts content. Already I’ve put this amazing reference collection to good use by familiarising myself with a small group of flies which are specialised pollinators of the early flowering willow, giving me something interesting to look out for before the spring season truly kicks off to a flying start! The rest of the gang have been taking full advantage of the amazing collections with Steph up to her ears in beetles, April sifting through drawers of lichen and Alex admiring the beauty within the Herbarium.

For our third week, we began to learn about citizen science which is without doubt a great way of engaging the public in the latest scientific advancements. It was great to see how much fun can be had rummaging through the mud in search of worms with the Earthworm Watch project. We’ve also been put to work reporting on two past citizen science projects, Orchid Observers and Decoding Nature. Working on these you can see the value citizen science can have not only in terms of scientific achievement (getting work down) but also engaging and connecting communities. I’m really looking forward to working with the public and spreading the word of biodiversity in the coming year!

Firing up my imagination for embarking on expeditions to remote and rugged regions of our world was Steve Brooks, who spoke to us about planning fieldwork (inevitably turning into story time, hearing of adventures from the Russian steppe to the mountains of Patagonia). I doubt over the coming year we’ll be off to such far flung places, but knowing the basics in preparing for a weekend visit is crucial, as is being able to act quickly if a bone pops out – so we’ve been told!

Towards the end of our third week we were lucky enough to have Ella Vogel from the National Biodiversity Network (NBN) come down and tell us about the wonders of data flow, in the sense of biological records. As a regular user of the NBN Gateway exploring areas and species of interest, it was great to hear a bit more about the records and their wider use in conservation as opposed to being just dots on a map. The workshop was perfectly timed with the release of the NBN Atlas so we were given the full run through of something that looks to be an extremely useful tool.

We have also been involved with the Identification and Advisory Service, shadowing the team and helping with any queries the public have had on unknown objects. It was quite astonishing to see the level and range of knowledge needed to deal with such enquiries.

To round up phase 1 of the programme, we have a Fieldwork first aid course to look forward to, which by the sounds of it is something you won’t forget about in a hurry! We then have our big welcome to the Museum, being shown around even more of the building and no doubt some more cool collections. With the sun out longer with each passing day I’m continuously filled with joy on hearing about field days and workshops learning about habitats and species that abound in the UK. That I am looking forward to this traineeship is quite the understatement!