A £1.64 million project to boost biodiversity skills and expand the UK’s database of ‘unloved’ invertebrate species has so far resulted in the creation of nearly 3,000 new biological records.

The data is aiding conservationists to understand more about Britain’s declining species and monitor population changes in relation to threats such as climate change and habitat fragmentation.

FSC BioLinks is a five year-long training and skills development project run by the Field Studies Council (FSC) and funded by a £1.23 million National Lottery Heritage Fund grant and the FSC.

The initiative is providing learning and training opportunities for people to develop invertebrate identification and recording skills with training taking place across FSC and other field study centres in the West Midlands and South East England.

Keiron Brown, FSC BioLinks Project Manager, said: “Invertebrates such as earthworms, snails and spiders are absolutely crucial to our ecosystem and we cannot survive without them.

“However they are also, very often, the creatures which are most unloved by humans and unfortunately, until now, the ones which have been rather overlooked in terms of biological recording.

“As a result, there is a huge lack of data for scientists and conservationists to understand where, when or how they are declining.

“The FSC BioLinks Project aims to address this data gap by training people at courses and events to learn and adopt the skills required to accurately record species so we can build a reliable and up to date bank of data in relation to the status of specific species.

“This data enables us to monitor population changes more accurately in relation to threats such as climate change. These small creatures help us build a bigger picture of the state of our environment.

The project so far

The project is now in its third year and it has already resulted in the creation of 2,909 new biological records for UK invertebrate species.

In total, nearly 3,000 attendees have been on courses and events across the two project regions and a host of digital products have been developed and created to support species identification.

Keiron added: “The project is celebrating huge success to date and we have made significant progress into building up a really crucial bank of data on a range of different invertebrate species.

“With three years still to go on the project we would encourage anyone with an interest in learning to identify and record invertebrates to check out our website to find out more information about the opportunities we offer.

“This is a great chance to learn new skills, enjoy being outdoors, but also to play a vital role in gathering data which will help us to protect and save many UK wildlife species from extinction.”

For further information on the project, courses and how to get involved visit the FSC BioLinks website 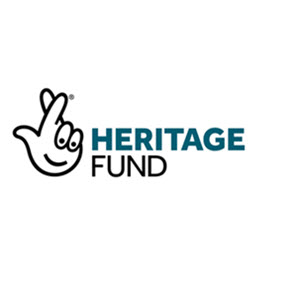 Burial grounds can be poorly understood in terms of their biodiversity when compared to other public green spaces. Many people feel that they need permission…

Thames Valley Environmental Records Centre (TVERC) Field Volunteer Are you a nature enthusiast? Do you have experience in species identification and wildlife surveys? Would you like the…

In response to the COVID-19 pandemic and UK Government advice, all NBN Trust staff are now working from home. If you need to contact us,…