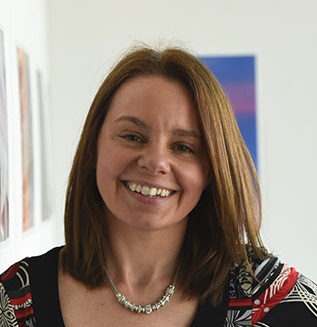 Role at the NBN Trust

Lisa works to support and grow the National Biodiversity Network as the UK’s largest partnership for nature. Her role is also to implement the five-year strategy and to achieve the Network’s vision. This involves leading the Trust’s Secretariat team, supporting the Finance Management Committee, and the NBN Board of Trustees.

My childhood in North Dorset, in the 1970s, was full of wildlife. I tended tawny owlets that had fallen from their nest, reared cinnabar moths from caterpillars, gathered conkers for epic battles, and scoured ploughed fields for fossilised sea urchins.

Inspired to pursue a career in conservation, I trained as an ecologist, specialising in marine biodiversity. The role of Marine Ranger (still my best-ever job title) for Dorset County Council was followed by 12 happy years with the Wildlife Trusts. I delivered a fantastic range of marine projects and events, successfully lobbied for the Marine & Coastal Access Act, and managed education, public engagement and fundraising teams.

A move to Aberdeenshire led to an exciting role with JNCC (the Joint Nature Conservation Committee), managing a team advising governments on the impact of offshore industry on marine habitats and wildlife. I then spent five years at the University of Aberdeen honing my fundraising skills, before having the privilege of taking up the role of CEO at the NBN Trust. It’s a wonderful role, working with a fabulous team and a truly inspirational community of organisations and wildlife recorders.

Outside of work, I keep Highland cattle and Welsh sheep, and I’ve recently become obsessed with tree planting. I enjoy hillwalking, cycling and generally mucking around outdoors with my family.