We’ve come a long way together

There is a long and rich history of biological recording in the UK, going back to amateur Victorian naturalists, who meticulously recorded their finds in diaries and notebooks. This history can be seen as both a blessing and a curse, we have an unparalleled amount of information about our natural history, but as the individuals and organisations involved arose organically, methods of collecting, recording and collating data vary enormously. 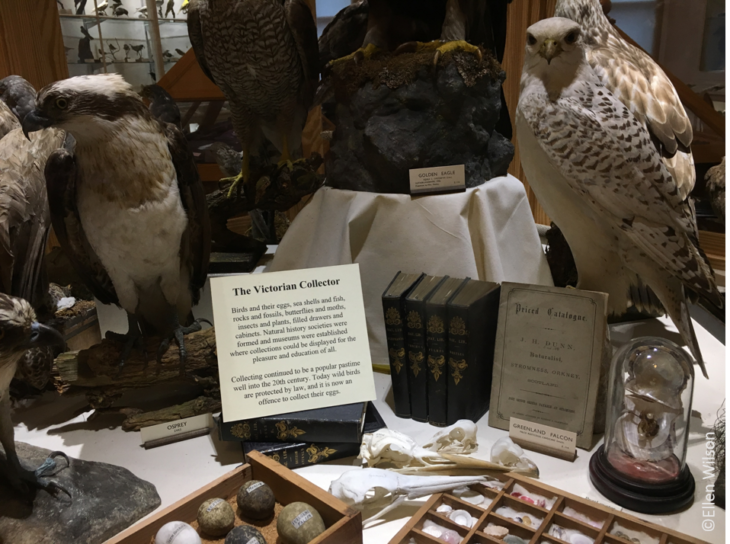 The problems associated with this, sometimes bewildering, number of different societies and individuals involved with biological recording are not new either. In 1975, at the Conference on Biological Recording in Scotland, it was noted that most schemes had their own approaches which led to a ‘great number of schemes run in different ways at different speeds with different success’. One clear outcome of the conference was that as

“the amateur contribution to the wealth of biological information was so important, everything possible should be done to break down any barriers which prevent the flow of information from them to the record centres”.

Furthermore, they concluded that a “unified system for biological data accumulation, storage and retrieval” was essential.

That conference also recognised that a lack of coordination and communication between those involved in all aspects of biological recording was contributing to the barriers to data flow and even leading to conflicts between local and national organisations. A later review took this further and surmised that, at its worst, this lack of coordination resulted in duplication of effort and even competition between groups with similar aims.

Subsequent reviews in the 1980s1, 2,3 all highlighted the same issues and came to more or less the same conclusions as the two detailed above. These conclusions can be broadly described in four points;

Some progress was made from these reviews.  In 1990, the Coordinating Commission for Biological Recording (CCBR) was formed to start building a case for a national system. The CCBR published their report on Biological Recording in the United Kingdom in 1995, which included their recommendations for implementing a national system for biological recording. This report coincided with the publication of the government’s “Biodiversity: The UK Steering Group Report – Meeting the Rio Challenge” which also recommended developing both a nationally and locally based biodiversity information system. While the CCBRs proposed national scheme was rejected by the then Department of the Environment, these reports ultimately led to the formation of the National Biodiversity Network in 2000. The NBN has provided a biodiversity information system, initially with the NBN Gateway and more recently with the NBN Atlas. The network has also made some progress on standardisation of processes, but there is still a lot to be done.

In 2009, BRISC petitioned the Scottish Government to ask for the establishment of integrated structures for collecting, analysing and sharing biological data, to inform decision making and benefit biodiversity. This led to the formation of the Scottish Biodiversity Information Forum (SBIF) who were tasked with identifying and actioning issues to improve data flow. SBIF’s initial workshops concluded that the lack of standardisation of data requirements and, particularly in Scotland, geographical gaps in coordination of biological recording are still significant barriers to data flow models. 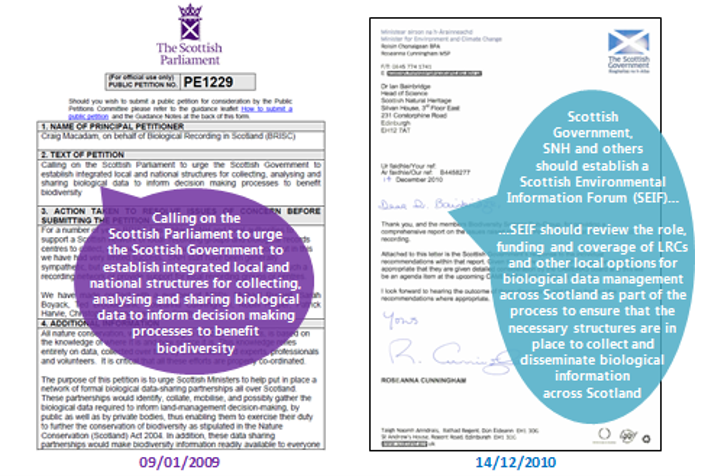 The advances in technology over the last 40 years, which could not have been foreseen in the previous reviews, and the accessibility of information on the internet have provided more opportunities for cooperation and collaboration through raising awareness of what is going on elsewhere and providing the infrastructure able to cope with a national coordinated database. However, it also magnifies the issues and challenges that have always existed but not addressed, along with adding more routes for submission of biological records and more potential data flow models. Therefore, the SBIF Review of the current situation to determine the optimum infrastructure for biological recording in Scotland, particularly in the light of technological advances is timely.

In undertaking this latest review of biological recording in Scotland, we have learnt from the previous reviews. Specifically, recognising that, as Copp and Harding stated there are “advantages of involving a range of organisations with common interests in biological recording to present the case for improved resources and finance”, hence the extensive questionnaire, interview and workshop process undertaken.

Copp and Harding also noted that “the challenge is to convince all those concerned that by working together we can make maximum use of limited resources”, by bringing a range of individuals and organisations to the workshops, this review has facilitated those discussions and provided the community with ownership of the proposed solutions.

“if a re-organisation for improved coordination and accuracy of biological reporting is to be implemented the options necessary to support a business case must be expressed clearly, the necessity for change being spelt out rationally and be defined in specific policies, after the potential roles of participants have been clarified and agreed by the recording community.”

It may have taken 22 years, but this Review aims to do just that.

2 Harding P T & Roberts D A (1986) Biological Recording in a Changing Landscape. Proceedings of a seminar and workshop, NFBR Cambridge.

The Covid-19 crisis has had an enormous impact on the world.  It has exposed our vulnerabilities and how deeply connected (or disconnected) we are with nature.  It has highlighted just how…

Today SBIF reached another milestone in that our ‘SBIF Review Investment Programme Proposal’ has just been formally submitted to Scottish Government for their consideration. This…

Written by Katie Utting, The Otter Trust Sir John Lawton set the scene for the NBN Conference 2019, with an empirical illustration of the progressive…