back to nbn blog

Here’s just a bit about myself and how my passion for insects developed.

My interest was sparked more than 60 years ago whilst still at primary school.  Our house in Uckfield backed on to a small flowery meadow that was occasionally cut by hand for hay.  I suppose I was aged about 10 when I began to notice the variety of insects present, including many different butterflies and with the aid of an Observer’s book I soon learnt to recognise them.  During my first year at secondary school I met a boy in my class with similar interests. His father worked in the office at a Decca Navigation station located in the centre of a forest about 5 miles away and we were given permission to wander freely in the heath and woodland surrounding the radio mast.  The area turned out to be an amazingly rich habitat for all kinds of insects, although at the time we were not aware that the forest hosted the only known British colony of the Lewes Wave moth. Unfortunately, it became extinct after the site was destroyed around 1960, so this was a lost opportunity for seeing something really special.

As is often the case, upon leaving school my interests changed, but by the late 1960s I had rekindled my interest in entomology and began recording butterflies and moths more seriously.  Quite by chance, I met another young Sussex entomologist and for a while we compiled lists of moths found in our local area.  Then from about 1971 we turned our attention to recording beetles in Sussex and this really marked the beginning of my lifelong interest. 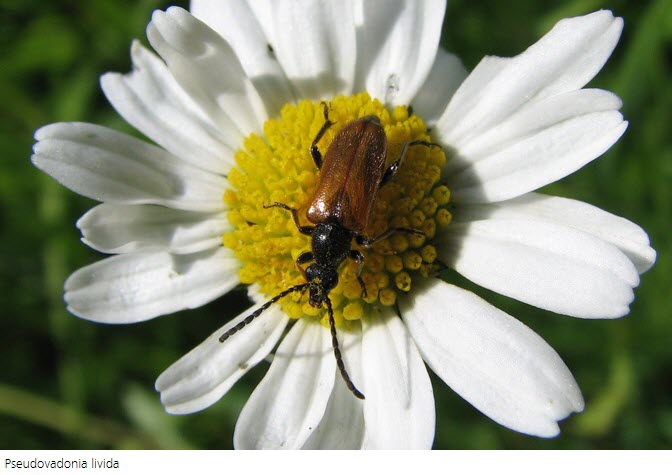 Of course there were no computers so everything had to be written by hand and I began to compile species lists in a series of hardback notebooks.  Learning to recognise all 4000 odd species of British beetles involved a lot of hard work and dedication, but recording them on paper added another layer of complication.  Nevertheless a small group of us set out with the objective of compiling an up-to-date inventory of beetles living in the county.

Problems soon started to emerge, but due to the sheer size of the task a comprehensive list was never completed.  However, writing detailed records in my notebooks continued apace.  Then gradually, various national recording schemes were launched, but they did little to improve my ability to contribute records.  Yes, I had records, thousands of them, but they were merely lists of species written in diary format.  Thankfully this is when the Sussex Biodiversity Record Centre stepped in.  They were aware that I had amassed records dating back more than 45 years so devised a plan whereby volunteers using SxBRC computers could enter my records straight into the Recorder 6 database, one notebook at a time.  With limited resources this was not a quick process, but gradually the plan began to bear fruit and 10 years later I’m pleased to announce that the project has been successful and 65,000 Sussex beetle records have recently been uploaded to the NBN Atlas.

This is not the end of the story, because I have still more handwritten notebooks containing records of other groups of insects, including flies, bugs, bees, wasps and ants.  However, the project has taught me that anything can be achieved with determination and it has inspired me to carry on until all my records are digitised.

I am delighted to be the 2017 recipient of the Gilbert White Award for recording terrestrial and freshwater wildlife in recognition of my work.  I would especially like to thank Paramo for generously sponsoring this award by donating a wonderful prize.  Also without help from Sussex Biodiversity Record Centre, the National Biodiversity Network Trust and numerous volunteers who painstakingly interpreted the handwritten Latin names in my notebooks, this amazing project would not have been possible.  I’m therefore sincerely grateful and thank everyone for their invaluable help.

back to nbn blog

Written by Cally Ullman-Smith, winner of the inaugural David Robertson Youth Award (2015) Life has certainly been busy since the day I was nominated for…

Written by James McCulloch, winner of the inaugural Gilbert White Youth Award (2015) In November 2015, I was honoured to be awarded the inaugural NBN…

Releasing the Reptiles and Amphibians of World Museum

Written by John-James Wilson, Vertebrate Zoology at World Museum, National Museums Liverpool Like colleagues at natural history collections across the UK, the curatorial team at…